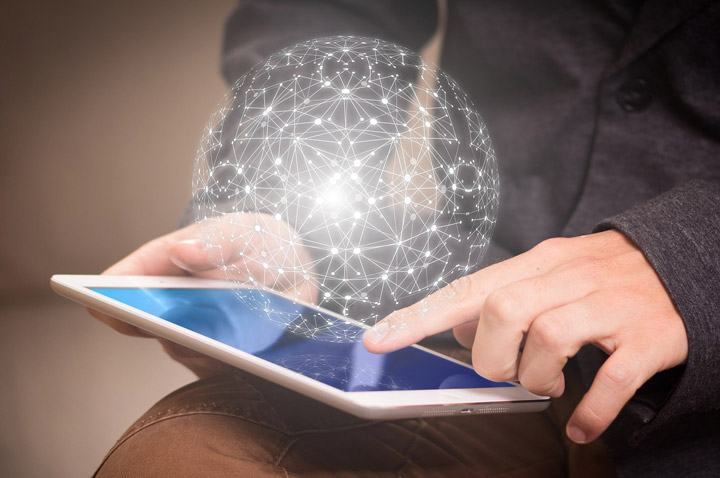 Cyber Security Predictions for 2020 and Beyond

In 2019 we saw significant changes in the cyber security landscape. We saw a whole new wave of ransomware attacks that were different from the typical spray and pray ransomware attacks we saw in 2017 and 2018. This new wave is methodical, targeted and more dangerous than previous attacks. We saw an increase in successful, large-scale breaches in health and government sectors. Phishing attacks increased by as much as 65%. These are just a few of the changes we saw in 2019.

So, what can we expect for the coming year? Here are our top predictions and their implications for cyber security in 2020.

The dark web has provided great opportunity for cyber criminals to operate with immunity because the activities on the dark web are difficult to track. Many independent contractors operate in the dark web looking for illegal hacking jobs. We believe in 2020 we will see an increasing amount of organization. Larger groups will form globally to launch mass cyber-attacks on government entities as well large corporations. This is due, in part, to the global success of ransomware attacks in 2019. Many victims are paying their ransom and therefore encouraging these forms of attacks to continue and even increase. Criminal organizations will deploy more assets to gain greater payback and cause larger impact.

Sophistication of ransomware attacks will increase

With the decline of cryptocurrency attacks in 2019 has come a rise in ransomware attacks. This increase in ransomware has been fueled in part from vulnerabilities in remote desktop protocol and email phishing attacks. In addition, we have seen countries, such as North Korea and Russia, attempt to use ransomware to boost their economy.

But this is just the tip of the iceberg. In 2020 and beyond we can expect to continue to see an increase in the sophistication of ransomware attacks. As money flows into these attacker’s cryptocurrency accounts, they become better funded and can develop new ways to attack their victims. To exacerbate this, ransomware authors will most likely increase the price of their ransom request, allowing them to take home more money. Undoubtedly, they will start using artificial intelligence, computer learning and other advanced technologies to bypass security measures. Also, more advanced social engineering tactics will be used to fool people into giving away their passwords or other critical data, making it harder to prevent ransomware infections.

Significant increase in cyber-attacks on office and home IoT devices

As cybercriminals continue to develop increasingly sophisticated methods of attack, in 2020 we anticipate a significant surge in attacks against IoT devices, be it smart-home devices, smart-city devices, or enterprise IoT devices. IoT threats were rarely encountered before 2014, but the last years have seen a steady growth of IoT-related attacks. By now, there is wide consensus that the risk associated with IoT devices and apps could create catastrophic security incidents and wreak havoc on our society. Prominent examples of what happens when IoT devices are exploited range from unlocking your home door, your garage door, disabling the alarm, shutting down your home thermostats, home camera, or turning on your lights and your oven. Criminals could find out when you are not at home or in your office. Cyberattacks on enterprise IoT devices are no less scary, with possibilities of hacking the smart water system of a hotel, hacking companies’ security cameras and video surveillance system, your desk IP phone, or the padlocks on warehouse equipment, for example. There is also a risk that attackers can use IoT devices to send compromised data out to millions of people. The consequences could be tragic.

It is estimated that there will be more than 20 billion connected devices in the world by 2022. As the number of IoT devices increases, so does the number of cyberattacks directed at them. Although the device suppliers are paying more attention now to security than in the past, a lot of devices from many different manufacturers still do not offer consumers or enterprises much in the way of security or privacy. For years manufacturers have been releasing products without giving much thought to security, so there are many IoT devices vulnerable to simple attacks. It is critical that IoT device manufacturers, enterprises, service providers and policymakers come together in creating a safer IoT ecosystem and push for strict IoT security standards. In addition, end users should be aware of potentially disastrous consequences and prepare for them.

Governments have numerous tools to spy on and monitor criminals. However, the new wave of cyber criminals that is sophisticated, experienced and skilled have surfaced. They use the dark web and decentralized servers to hide their activities. As soon as one server is shut down a new one pops up to replace it. By 2025, it is likely that governments will adopt a multi-pronged approach to combat the high-tech nature of cybercrime. First, they will go after the source of their incomes, which is cryptocurrency. Cryptocurrencies have been an enabler for cyber criminals as they are easy to trade and almost impossible to trace. However, by regulating cryptocurrencies on the traditional exchange market, governments can attempt to deanonymize the entities behind the funds and ensure that no illicit activities happen. Second, governments will enact laws to regulate websites and social-platform owners. Currently, website owners are not liable for certain illegal content, such as ads for dark web marketplaces. They are only obligated to provide reasonable effort to take it down when notified. By forcing the owners to be liable for the content, the government will force owners to devote more resources to moderate their user content.

Technological advances in self-driving cars and autonomous vehicles are set to bring continued benefits to consumers and businesses alike. However, this is not without cost or risk. In the next few years, once autonomous vehicles become more prevalent, we expect to see new types of cyberattacks targeting cars, trucks, possibly trains or even airplanes. Today, cars crash routinely from operators’ error or equipment failure. But, with connected cars and autonomous functionalities, the risks for such incidents could increase drastically. Research has shown that it is possible to “hack” cars and that the vulnerabilities discovered could be used to cause a crash. Examples are that a hacker could take over the braking or accelerator systems or could turn the engine off while driving at high speed. Autonomous vehicles that automate functions like collision avoidance and lane-keeping are supposed to make cars safer. But since these vehicles are most of the time connected to the internet, it increases vulnerability, and this can translate into major catastrophes.

We anticipate that not only will there be cyberattacks causing cars to malfunction, triggering accidents, but there will also be scenarios of attackers asking car manufacturers for ransoms when vulnerabilities are found. Basically, this will create a whole new method for ransomware attacks. In the same vein, we can imagine cases of brand damaging for certain car models, once weaknesses have been identified, ransom paid, and the vulnerabilities made public by cyber criminals. The same exact concern applies to other autonomous or connected vehicles, such as trucks, trains and airplanes, which could lead to even larger and horrible tragedies.

5G is still relatively new but has the potential to change the security landscape. Vulnerabilities found in 5G could lead to snooping on IoT traffic, easier ways to compromise IoT devices, or even in some cases being able to remotely reprogram the IoT device. What further exacerbates this issue is that IoT devices tend to stay around longer and are typically harder to update than other devices, like mobile phones, that use 5G. This means that vulnerabilities found here could have longer and further reaching ramifications.

5G also gives these IoT and mobile devices additional bandwidth, which opens a myriad of possibilities. Attackers can use these devices to stream videos, host malware or steal victim’s data. Many IoT devices don’t keep logs of inbound and outbound traffic, allowing the attackers to remain anonymous. Because of this extra bandwidth, mobile and IoT devices that have cameras may also be used by corporations or governments to spy on their employee or citizens, potentially without interfering with the normal function of the device.

5G may also cause an increase in IoT devices on the internet. Because of the expected ease of access of 5G it is likely that the number and even the type of IoT devices that exist in the internet will significantly increase. Maybe even more scary would be an increase in internet enabled medical and cybernetic devices that are implanted into humans or other animals. These implanted devices may be used for tracking, monitoring vital functions, or even performing specific bodily functions. 5G moves us closer to a future world where virtually every person at any given time has at least one implanted device that is connected to the internet.